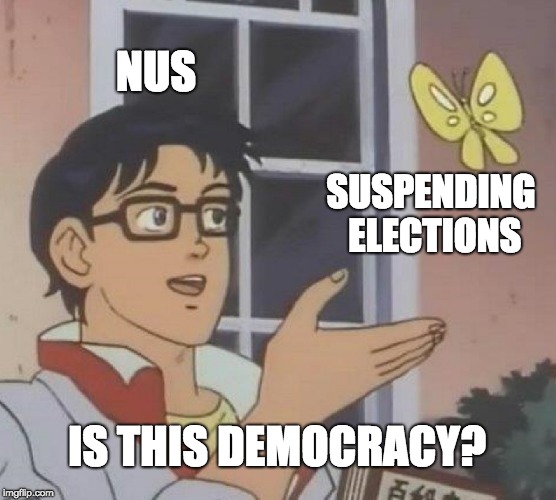 Send this model email to NUS NEC – Vote no confidence in the Trustee Board!

NUS democracy is about to be shut down as part of an anti-democratic coup. Members of the elected National Executive Council, the body which exists to make political decisions between conferences and hold the leadership to account, has the power to vote no confidence in the Trustee Board.

Ask NEC members to vote to defend NUS democracy and stand with NUS members in opposing the shutdown of democracy by pledging to vote no confidence in the Trustees. Send this model email and bcc each NEC member. Their email addresses follow the format firstname.surname@nus.org.uk. You can find a list of NEC members’ names at the bottom of this post.

The handling of the NUS financial situation shows a complete lack of democracy and transparency from the leadership of our National Union.

The £3 million deficit was kept from members until such a point that it had to be dealt with urgently. A lack of transparency means the membership still cannot know where the deficit has come from and who is responsible for it. The Trustee Board would have known about the financial problems and could have released the information much earlier to allow NUS members control over the organisation’s response through either National Conference or an Extraordinary Conference.

Although National Conference 2019 will vote on the reforms, an already existing lack of democracy means the semi-elected Trustee Board is able to overrule a vote against the reforms if deemed necessary for the safety of the organisation. Student Union Presidents, and unaccountable CEOs on huge salaries who are neither members of NUS, nor have anything in common with NUS members, have been given control over the process. SU Presidents were informed too late to be able to take any democratic mandate from the students they represent. This is unacceptable.

Leaked documents from NUS Strategic Conversation show that NUS democracy is likely to be completely overhauled. The report of the meeting says that the proposal to cut officer positions, included Liberation Officers, is motivated “not for financial reasons” but to “ensure the officer team could be more effective” at “running the organisation.” This is an ideologically motivated coup.

The democracy of our National Union is being shut down with no say from members and no say from elected officers, including the NEC. Elections for NUS Trans Students’ Officer and NUS International Students’ Officer have been suspended, bypassing democratic process and the constitution. This is happening before any vote has happened on changing the number of officer positions.

We can have no confidence in a leadership that oversees a situation like this or allows it to happen. We must use our democratic right to hold the NUS leadership to account and stop our National Union being changed beyond recognition behind our backs.

NUS Constitution Article 81 empowers the NEC to move a vote of no confidence in the Trustees (barring the President).

I am asking if you will vote to defend NUS and stand with NUS members in opposing the shutdown of democracy. Please get in touch with studentleftnetwork@gmail.com if you are willing to stand up for NUS members and vote no confidence in the Trustees.