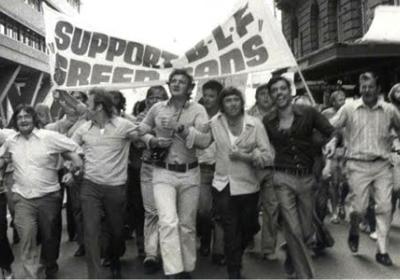 This article is from Issue One of Icecap, a zine about climate change and class struggle produced by the Student Left Network. Read the full issue here, and if you want to write an article for the next issue, send it to studentleftnetwork@gmail.com.

The Green New Deal calls for an economic revolution to put people and planet before profit. In contrast many unions are still supporting environmentally destructive industries. Now is the time for worker-youth solidarity to demand climate and social justice.

Our generation knows what it’s like to grow up under austerity, with 1 in 3 children in poverty. We know that it is working people who bare the brunt of crises caused by a minority in power. We have no reason to believe that the far more extreme climate crisis will play out any differently.

Which makes the forthcoming catastrophe so terrifying. The climate crisis being created by our current system will bring food shortages, devastating natural disasters, and will displace hundreds of millions. And though this crisis will affect everyone, it will not affect everyone equally. Those who have already suffered most due to neoliberalism, who have contributed the least to emissions, are suffering the most catastrophic impacts of our damaged climate.

The youth strikes show our awareness that we, the future working class, will bear the burden of this crisis, and that we must therefore collectively mobilise now to avoid that crisis. In contrast, the majority of trade unions are staying fatally silent and continue with a destructively short-sighted climate policy. It is no wonder that youth membership in unions is at an all time low when union leaderships prop up aviation expansion, fracking, and gas power stations, industries that send our generation’s future up in flames.

The Green New Deal – for which we youth strikers are calling – demands a massive reduction in social and economic inequalities. This is a plan that prioritises investment in retraining for workers in high carbon sectors. We demand a worker-led just transition through which not one job is lost; instead the economic revolution will bring millions of secure jobs. This is exactly what trade unions should be calling for.

It has been left to the youth to protect workers’ rights from the climate catastrophe in which many union leaderships are complicit. We now call on the unions for the following:

Our struggles are the same. When unions go on strike for a sustainable future for workers, the youth strikers will be there in solidarity. We can all recognise the dreadful impact of this government’s rule, but so far it has been left to the youth to oppose it. Through worker-youth solidarity we have the chance to create a truly transformative movement to push for a Green New Deal and deliver climate and social justice.